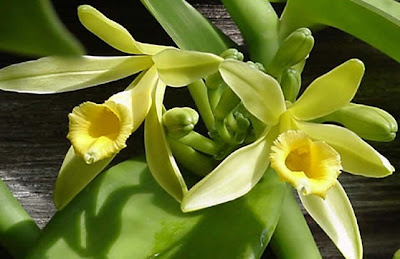 I´ve been home from Gamleby for some days now. The kids have a chanse to almost try borading school life for a weak. Apart from the school subjects they have a lot of evening activities such as movie, pool, bowling, disco and other fun stuff.
It was nice surroundings but bad and boring weather, I belive every small town is easier to like in summer sun then in november rain.
That any of the kids would have notice my discrete scents wasn´t anything that I had to worry about since I was surrounded by big clouds of Pink Sugar, Midnight Fantasy, Christina Augilera and loads of cheap male deo scents. I had Keiko Mecherié Loukhoum, L'Artisan´s Bois Farine, Pure Poison, ELOs Like This, Ormonde Woman and Ange ou Demon with me. Besides that some of the kids smelling really strong they where such nice and friendly atmosphere. I´m sure it had been more chaotic to spend a coupple of days with grown ups on a company kick off-trip...
Finally time to write again, even though I have to admit that todays scent isn´t that inspire me that much. Tihota from indult is one of the most expensive vanilla scents, and I´m only liking it so and so, even though I´m usually a vanilla fan.
But, I do think that Tihota smells reallyreallyreally good. It smells like pure, genuin, warm, creamy and expensive vanilla. The only problem is that in my opinion there are several other vanilla scents smelling as good but for a fraction of that price. I can´t smell anything but vanilla in Tihota and wouldn´t spend that much on such a linear and "simple" scent. Usually vanilla takes me to exotic island with dense greenery and lush flowers, but somehow Tihota don´t manage to do that, probably because I keep on thinking that I should get more for the price then what I get.
Well, I won´t need anymore of Tihota, personally, but the taste differs. My youngest daughter looooooves it! I let her try a small spray (Tihota is potent and longlasting) and the she sat with her nose attached to her vrist for a long time screaming it was the best scent she had smelled in her entire life! And since she´s my daughter she had tried more perfumes then the average 13 years old I belive. I have tried to stir her away from Tihota by letting her smell others not as expensive vanillas, but accroding to my daughter there isn´t anything coming even close. And the fact is that Tihota smells differently on her then on me, it´s more complex and smells kind of MORE on her.
So I´ll manage without Tihota, while my daughter won´t. I have promised to try to get a decant of it for her, 5 or 10 ml, so if anyone that reads this has a little to spare, please contact me.
Tihota is a thick, full bodied, sweet (but not THAT sweet), creamy, genuin and pure vanilla scent. I feel warm, comfy and sensual when I wear it as long as I don´t think about the price (about 160 € for 50 ml I belive). But as far as I´m concerned I can buy a small bottle of Vanillary at Lush and smell almost as good.
Anyway, Tihota is longlasting and if you invest in a big bottle of it you´d have enough vanilla to last you for years and years. Tihota smells as you expect a vanilla to smell and could best in class on that. If you´re not a big vanilla lover, Tihota won´t covert you since it´s a typical vanilla, not that kind of modern vanilla trying to get away from itself....
Oh, and I indulged in Perfume Posse´s hilarious "swapmania" the other day, such a fun event and now I´m looking ofrward to Neil Morris sample, a big bottle of Lorenzo Villoresi´s Musk (if you read my Villoresi-reviews you knwo that Musk become on of my faves from that line) and apart from perfume I´ll also get me some Ameriacn candy, hope they´ll arrive before Christmas!
pic: amamdeusvanillabeans.com
Upplagd av rebella kl. 00:38