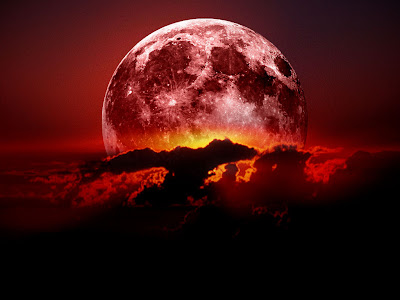 Now I have had some time to get to know my Montale samples. And it seem like I wont get along with Black Aoud, so I think I just leave it for a while. Red Aoud on the other hand only getting better and better for each time I try it. And now it is really, really good.
I´ve got some info from Bipbap on how to order directly from Montale´s homepage, and even if it seem a little tricky I guess it´s the best way to buy Montale perfumes. Here´s a link to Montale: http://www.montaleparfumsparis.com/
Now I happened to order a bottle of perfume just the other day, but anyway, Montale seem to have quite a lot to offer. Until yesterday I tought if I was about to order anything from Montale it would be a bottle of Amandes Orientales with a small bonus bottle of Red Aoud. But today I think it would be the other way around.
What kind of music do you listen to? I listen to a little of this and that, even tough I having hard times to appreciate some, for instant j-rock, experimental jazz, navel-gazing electronica, hammering screaming-metal, swedish dancemusic and boring gangsta hiphop. Since listening to music is a big pleasure in my life I also like to think of why I don´t like or understand some kinds of music, even tough I, in some cases, can hear that it´s good and interesting. I guess I miss some link to that kind of music. Like I haven´t listen enough on music that reminds of it to fully appreciate it. I know I am about to wondering off to a totally different subject now, sorry...
What I really want to say is that Red Aoud is like one of those strange, but also beautiful oriental tunes. Nothing in it is really like I am used to. The first time it is unknown but also interesting. The second time I could feel patterns and melodies, and the third time I sit with a smile on my lips and trying to sing along in a foreign language.
That is how I responded to Red Aoud. Now, when wearing it I can´t even understand how I thought of it as foreign at first. It is warm, friendly and and familiar. Red Aoud is really a perfume for evening-or night wear. Red Aoud is like Ayer´s Rock in moonlight, red desert sand, a warm wind in the dark night, a intricat pattern of henna on a beautiful hand, a big bag of red safron pistilles.
Red Aoud is despite of it´s sensual heaviness and spicyness also a strangely light perfume. Black Aoud is light in the same starnge way, but while I find Black Aoud bland and watery, I find Red Aoud kind of cool, like a sensaul caress. Black Aoud turns out some kind of strong rose water blended with tincture. While in Red Aoud, the rose become like a soft base for the notes to lean on.
I can have some troubbles with the note of rose in perfumes. Either I really, really like it or else I don´t care for it at all, there isn´t anything inbetween with rose for me. Red Aoud manage the rose just perfect. Only while writing this I realise I will have trouble living without Red Aoud.
I realise the hardcore aoud-lover may think of Red Aoud as a little to nice and sweet, but also to spicy at the same time. I suspect, or hope fot, that Red Aoud might be the bridge for further understanding and enjoying of stronger, heavier and more difficult oud-scents. I hope that Red Aoud is the key to unlock several oud-scents for me.
With notes of safron and vetiver it isn´t that strange that I like Red Aoud. But there is also notes of cumin, wich I don´t usually like that much. In Red Aoud the cumin is used with light hand and just enough of it to make the scent interesting.
Towards the base notes I experiences that the vetiver folds in to the other notes in an intersting way, like it´s doing it´s own thing, adding some smoke and also papery scent.
Red Aoud is very, very longlasting and with a huge sillage also. I have only dabbed on a few drops, and still it´s like sitting in a cloud of Red Aoud. Red Aoud, together with the Montale´s I´ve tried should be used with easy hand. Red Aoud would be nice on mens to, but it´s a little sweeter than Black Aoud.
Pic: Red Moon
Upplagd av rebella kl. 00:29