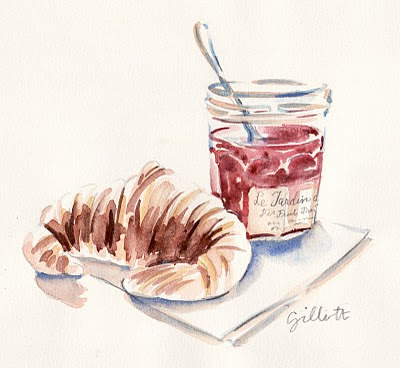 It has been a while since my last posting, about a week actually. I promise I´ll not go away for a while now. It was really fun to visit middle daughter and her boyfriend. I thought I was bohemian but... Well, let just say they give the word bohemian a new meaning. their apartment is filled with art but not so much furniture. It´s like stepping inside a strange art exhibit.
After coming home it feels like it´s time to start fokusing on the upcoming Christmas and all things about it. I´m not that much of a Christmas decorating type, but the more I like Christmas cooking, baking and candymaking. I think I´ll start with some Christmas baking this weekend.
What is your Christmas MUST, if any? How important are the Christmas fragrances to you? Which is your fave Christmas scent? I think mine are a cozy and homey mix between hyacinth (my fave Christmas flower), citrusfruits and cinnamon/gingerbread-spices.
One scent that´s smelling really cozy and nice, but not that Christmasy is Annick Goutal´s Eau de Charlotte. I´ve discovered that Eau de Charlotte is a chameleon like scent, that wears very different on different people.
usually it´s my middle daughter that seem to like Annick Goutal´s perfumes the best. But with Eau de Charlotte I actually think it´s smells the best on me. With notes of black currant, lily, lily-of-the-valley, mimosa, vanilla and cacao it isn´t really certain how a fragrance ends up.
On me, Eau de Charlotte, becomes soft floral with some tart berry notes (a little black currant but I also smell some more tart kind of berry like raspberry or red currant). This floral and tart scent gets accompanied by some milky vanilla and the chocolate never shows up on my skin, insetad I find something similar to tea with milk and honey. That sounds kind of good, doesn´t it? And yes it is, on me. It´s a cozy, caressing mix between floral and soft gourmand. A really comfort scent, like having breakfast at the veranda a summerday with the smell of the garden flowers surrounding you and blackberry jam, toasts and tea.
On my youngest daughter Eau de Charlotte gets a totally different character. The flowers are more noticeable on her and most of Eau de Charlotte ends up smelling like an expensive and creamy lipstick. There is a violet note coming through on my daughters skin that isn´t at all present on me. Both me and daughter also thinks that Eau de Charlotte wears much stronger on her then on me. But eventually it becomes more similar what it is on me.
On the middle daughter it explodes with notes of really tart and also sweet berries and a somewhat sharp and soapy chocolate note. I noticed that middle daughter didn´t liked this Annick Goutal as much as other scents from that brand. It´s like we´re wearing three different fragrances. I can´t think of any perfume that wear so different on the three of us. However it´s quite similar during basenote.
If you have tried Eau de Charlotte, how is it on you?
Well, after about an hour Eau de Charlotte develops to a soft, milky gourmand with some floral elements on the three of us. Lasting power is OK for a Goutal scent, about 3 hours on me. But the sillage was very different on me and the daughters, medium on me and youngest but quite strong and pushy on the middle daughter.
I think if you like Eau de Charlotte, you´ll also like Paul & Joe´s Blanc and other slightly soft and gourmand florals.
Pic: confiture and croissant 1watercolor by Carol Gillott
Upplagd av rebella kl. 05:01